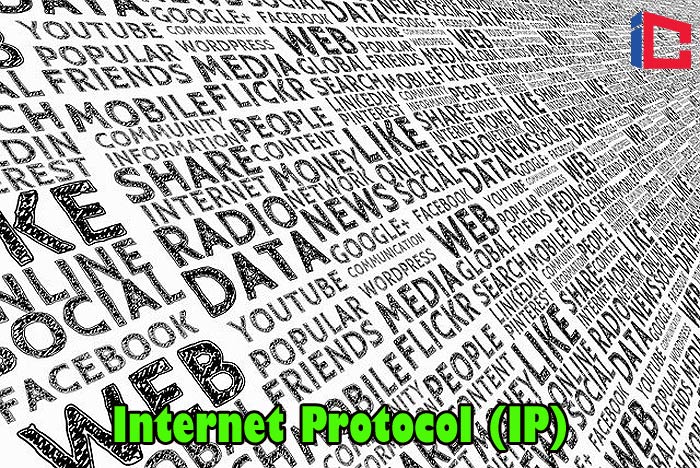 IP is by far the most popular Wide Area Network transport protocol in existence today. It is a layer 3, connectionless protocol developed by the Department of Defense (DoD).

IP allows two computers or “hosts” to communicate across a short or long distance. The two hosts both send and receive units of data to one another, called “packets“. Packets are a series of digital bits, 1’s and 0’s.

Each packet has a specific amount of bits or bytes – and the receiver knows when they begin and end. The data is broken up into units to allow other people to share the same transmission lines.

The packets are transported from the sender to the receiver through a series of linked checkpoints, called “routers“.

If User1 in Wash DC wanted to send his name to User 2 in Los Angeles, he would put the name in a packet and send it across a link to router1, across another link router2, and across another link to User2. Like our US Postal service, IP delivers the packet to an “address“. The addresses are numerical and 32 bytes long. The routers keep track of these addresses so that they can deliver the packets correctly. The packets then “hop” from one router to the next until they reach their final destination.

Routers have memory, or RAM, just like computers. They use this to store their own configuration and route information to look up a packet’s address and find the correct path for that particular packet. Of course, there is no way a router can store the billions of addresses and the directions to that address. Instead, each router stores only the “next hop” that an addressed packet must be sent to. Also, instead of looking at the entire address and storing billions of possible addresses, the router looks at a portion of the address (called the “prefix” or “network address“) and only stores ranges of addresses. It knows where the next hop is, based on which range of prefix addresses that packet falls under. Using the Post Office analogy, the first postal hub only looks at the zip code to see what general area the letter belongs to and routes it accordingly. 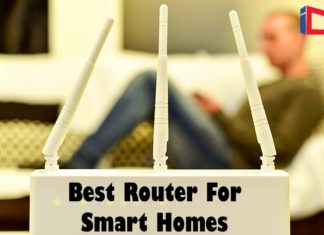 Smart homes would not be very smart without a wireless network in your home. Here are top 6 best router for smart homes reviews in 2021.
Read more

The OSI Layer of IP

Layer 3 is one of the 7 layers of the OSI model. It is incredibly complex, but to simplify – it means that IP can intelligently route units of data from one location to another through a series of links – and that the path can change if there is congestion along the way. Contrast that to Layer 2, which can also deliver data units from one location to another – but uses a fixed, predetermined path. The path cannot change because there is no “routing“. The main ingredient that makes IP attractive is the ability to route information intelligently. 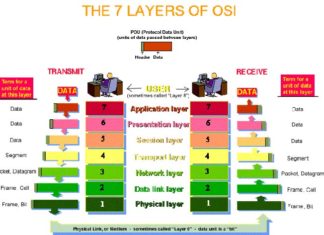 The most popular packet-based structure of layers, or protocol stack, is called the OSI model (Open System Interconnection) created by ISO.
Read more

This means that there is no guarantee that data units will reach the far end. This would seem to be a disadvantage, but it allows higher speeds since the “checkpoints” along the way (the routers) do not have to stop and ask the previous router if the data is correct. Besides, a higher layer 4, called TCP (Transmission Control Protocol), compares the data at the two endpoints. If it differs, a request for a resend of the last unit is sent back to the sender.

Many people try to compare IP with Frame Relay and ATM. However, IP is Layer 3, and both FR and ATM are Layer 2, so comparing apples with oranges is like comparing apples. Since Frame Relay and ATM cannot route, their connections must be set up in advance by humans. The paths, called “virtual circuits, ” are coded into the switches by people so that when the frames (or cells with ATM) are sent across, they traverse a mapped-out path. Layer 2 protocols have a considerable disadvantage – there is no way humans could code millions of switches, with billions of virtual circuits to handle all the world traffic or even a small city !! IP, since it uses Layer 3, can route. Routing is intelligent – it figures out how to get there on its own, and if there are problems, it figures out a new way to get there. This is why IP can connect every person in the world – the delivery is automated.

OK, but how about those Oranges?

It must be made clear that although IP’s beauty is that it can be routed (Layer 3) – it relies on Layer 2.Layer 1, for that matter, to supply it with an infrastructure to route upon. Layer 2 can be ATM or Frame Relay, but it can also be point-to-point links (private lines, or DTS – Dedicated Transmission Service)). Regardless, as stated, layer 2 requires human interaction to set up links, whether they be real (private lines) or virtual (FR and ATM). We noted that there is no way humans can set up millions of connections – but they can, and have, set up millions of connections between all the routers of the world. These connections, for the Internet, have been set up by millions of people, over the years, across the globe. So, that Layer 2 infrastructure is in place and is servicing us all.

Thank you, oranges! Just realize that only a Layer 3 protocol, IP, can utilize and manage the billions of connections made possible by the Layer 2 infrastructure of the Internet, which took all those years to create.

NOTE: Layer 3 and Layer 4 switching is now a viable technology but will not be covered here. 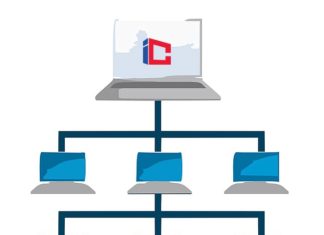 Here is a collection Frame Relay terms and their definitions.
Read more 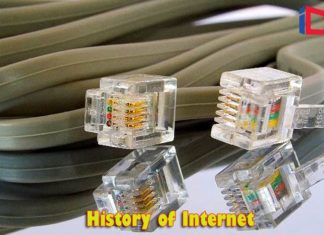 The History of the Internet

Al Gore has claimed that he invented the Internet, but let's set the record straight. Explore the chronological history of internet on this page.
Read more