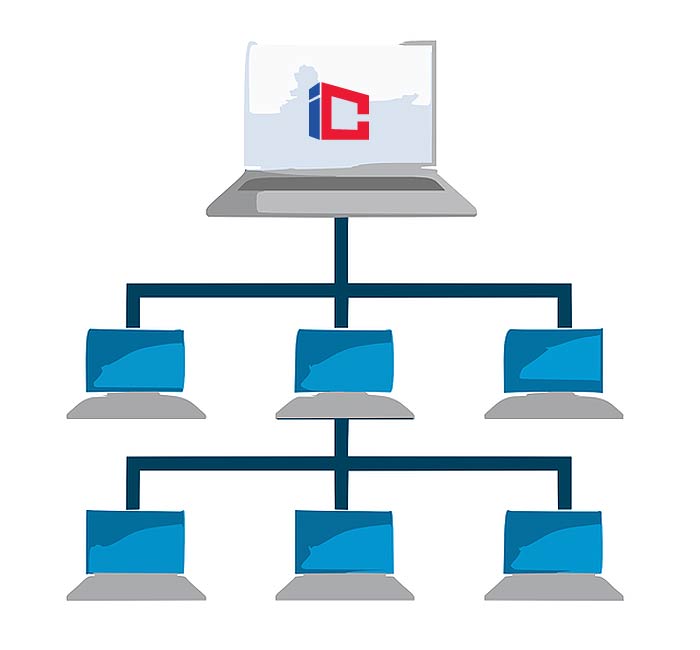 Here is a collection Frame Relay terms and their definitions.

The data rate of the user access channel. The access channel’s speed determines how rapidly (maximum rate) the end user can inject data into a frame relay network.

A bit is set by a frame relay network to notify an interface device(DTE) that the sending device should initiate congestion avoidance procedures.

In the context of a frame relay network, data that uses bandwidth only sporadically; that is, information that does not use the total bandwidth of a circuit 100 percent of the time. During pauses, channels are idle; and no traffic flows across them in either direction. Interactive and LAN-to-LAN data is bursty in nature because it is sent intermittently. In between data transmissions, the channel experiences idle time waiting for the DTEs to respond to the transmitted data user’s input to send more data.

Generically refers to the user access channel across which frame relay data travels. Within a given T1 or E1 physical line, a channel can be one of the following, depending on how the line is configured.

The entire T1/E1 line is considered a channel, where:

The channel is any one of N time slots within a given line, where:

The T1/E1 channel is one of the following groupings of consecutively or nonconsecutively assigned time slots:

The maximum amount of data (in bits) that the network agrees to transfer, under normal conditions, during a time interval Tc. See also Excess Burst Size (Be).

The time interval during which the user can send only a Bc-committed amount of data and Be an excess amount of data. In general, the duration of Tc is proportional to the “burstiness” of the traffic. Tc is computed (from the subscription parameters of CIR and Bc) as Tc = Bc/CIR. Tc is not a periodic time interval. Instead, it is used only to measure incoming data, during which it acts like a sliding window. Incoming data triggers the Tc interval, which continues until it completes its commuted duration. See also Committed Information Rate (CIR) and committed Burst Size (Bc).

A computational means to ensure the accuracy of frames transmitted between devices in a frame relay network. The mathematical function is computed before the frame is transmitted at the originating device. Its numerical value is computed based on the content of the frame. This value is compared with a recomputed value of the function at the destination device. See also Frame Check Sequence (FCS).

A term defined by both frame relay and X.25 committees that applies to switching equipment and is distinguished from the devices that attach to the network (DTE). Also, see DTE.

A user-set bit indicating that a frame may be discarded in preference to other frames if congestion occurs to maintain the committed quality of service within the network. Frames with the DE bit set are considered Be excess data. See also Excess burst Size (Be).

Frame relay frames leaving a frame relay network in the direction toward the destination device. Contrast with Ingress.

NOTE: An end device can be an application program or some operator-controlled device (e. g., workstation). In a LAN environment, the end device could be a file server or host.

The maximum amount of uncommitted data (in bits) in excess of Bc that a frame relay network can attempt to deliver during a time interval Tc. This data (Be) generally is delivered with a lower probability than Bc. The network treats Be data as discard eligible. See also Committed burst Size (Bc).

In the context of frame relay network supporting LAN-to-LAN communications, a device connecting a series of workstations within a given LAN. The device performs error recover and flow control functions as well as end-to-end acknowledgment of data during data transfer, thereby significantly reducing overhead within the frame relay network.

A bit is set by a frame relay network to notify an interface device (DTE) that the receiving device should initiate congestion avoidance procedures. See also BECN.

The standard 16-bit cyclic redundancy check used for HDLC and frame relay frames. The FCS detects bit errors occurring in the bits of the frame between the opening flag and the FCS, and is only effective in detecting errors in frames no larger than 4096 octets. See also Cyclic Redundancy Check (CRC).

A communications device that performs encapsulation. Frame-relay-capable routers and bridges are examples of interface devices used to interface the customer’s equipment to a frame relay network. See also Interface Device and Encapsulation.

A variable-length unit of data in a frame-relay format is transmitted through a frame relay network as pure data. Contrast with Packet. See also Q.922A.

A telecommunications network based on frame relay technology. Data is multiplexed. Contrast with Packet-Switching Network.

A communications device that enables users to run applications programs to perform such functions as text editing, program execution, access to databases, etc.

Frame relay frames from an access device toward the frame relay network. Contrast with Egress.

Provides the interface between the end device(s) and a frame relay network by encapsulating the user’s native protocol in frame relay frames and sending the frames across the frame relay backbone. See also Encapsulation and Frame-Relay-Capable Interface Device.

A protocol that operates at the data link layer (layer 2) of the OSI architecture. LAPD is used to convey information between layer 3 entities across the frame relay network. The D-channel carries signaling information for circuit switching. Contrast with LAPB.

In the context of a frame relay network supporting LAN-to-LAN communications, a LAN linked to another LAN by a bridge. Bridges enable two LANs to function like a single, large LAN by passing data from one LAN segment to another. To communicate with each other, the bridged LAN segments must use the same native protocol. See also Bridge.

A group of fixed-length binary digits, including the data and call control signals, that are transmitted through an X.25 packet-switching network as a composite whole. The data, call control signals, and possible error control information are arranged in a predetermined format. Packets do not always travel the same pathway but are arranged in proper sequence at the destination side before forwarding the complete message to an addressee. Contrast with Frame Relay Frame.

A telecommunications network based on packet-switching technology, wherein a transmission channel is occupied only for the duration of the packet’s transmission. Contrast with Frame Relay Network.

A numerical code that controls an aspect of terminal and/or network operation. Parameters control such aspects as page size, data transmission speed, and timing options.

A frame relay logical link, whose endpoints and class of service are defined by network management. Analogous to an X.25 permanent virtual circuit, a PVC (often referred to as a PVC) consists of the originating frame relay network element address, originating data link control identifier, terminating frame relay network element address, and termination data link control identifier. Originating refers to the access interface from which the PVC is initiated. Terminating refers to the access interface at which the PVC stops. Many data network customers require a PVC between two points. Data terminating equipment with a need for continuous communication use PVCs. See also Data Link Connection Identifier (DLCI).

The international draft standard that defines the structure of frame relay frames. Based on the Q.922A frame format developed by the CCITT. All frame relay frames entering a frame relay network automatically conform to this structure. Contrast with Link Access Procedure Balanced (LAPB).

A variable-length unit of data, formatted in frame-relay (Q.922A) format, that is transmitted through a frame relay network as pure data (i. e., it contains no flow control information). Contrast with Packet. See also Frame Relay Frame.

Interleaving the data input of two or more devices on a single channel or access line for transmission through a frame relay network. Interleaving of data is accomplished using the DLCI.

A communications line connecting two frame relay switches to each other.