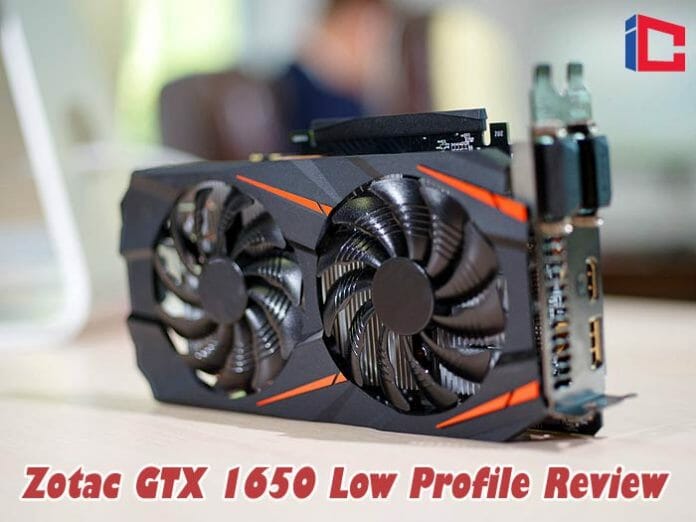 Zotac GTX 650 Low Profile Review: Nearly a year after Nvidia announced its next-gen cards of the RTX 20 series graphic cards, the replacement for the entry-level GTX 1050 was released. The GTX 1650 Low Profile is a far cry from the real-time ray tracing and monstrous frame rates of its RTX cousins, ​​joining the cheaper GTX 1660 and GTX 1660 Ti in the 16 series, but still an exciting offer, mainly when it is in the small form factor of this model.

The underlying graphics card is the cheapest of the current Nvidia range and, without the competing GTX 1650 Ti, the only really “budget” graphics card of the entire generation. To meet this responsibility, it boasts 4GB of GDDR6 memory, twice as much as the GTX 1050, and an increased CUDA core number of 896.

The Zotac GTX 1650 Low Profile processors have a boost clock speed of 1590MHz, but Zotac has slightly overclocked this unit to 1695MHz.

The ZOTAC GTX 1650 Low Profile sports a compact form that makes it compatible with nearly 99 percent of the versions and is suitable for both budget users and HTPC users. Compared to the GeForce GTX 1050Ti, it has improved gaming efficiency and performance. Therefore, it is recommended by us if you are looking for a GPU in this category. 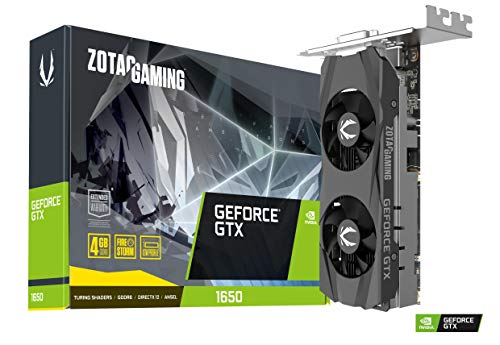 Here is the user manual of the Zotac GTX 1650 Low Profile: (PDF) 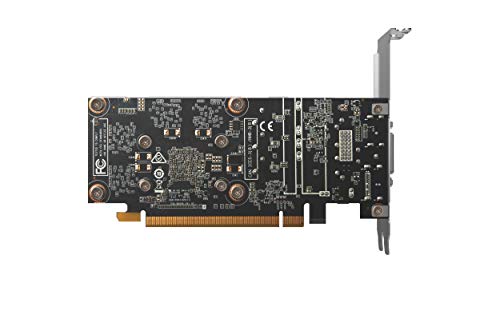 The Zotac GTX 1650 Low Profile design consists of a simple single-fan cooler with minimal rear video outputs: an HDMI port, a DisplayPort, and a DVI-D connector. 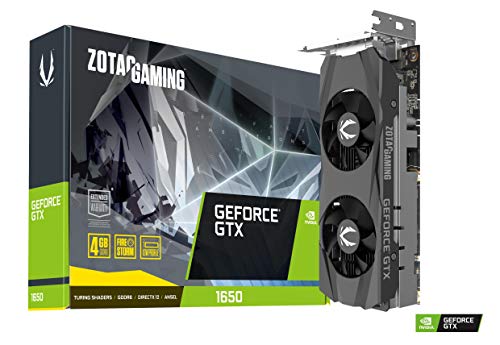 Not surprisingly, the GTX 1650 Low Profile outperforms the GTX 1050 in core performance. Still, it is also significantly faster than the GTX 1050 Ti in most tests. 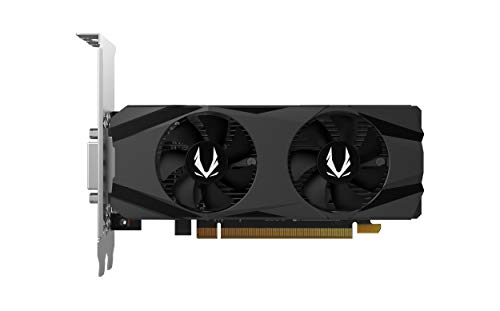 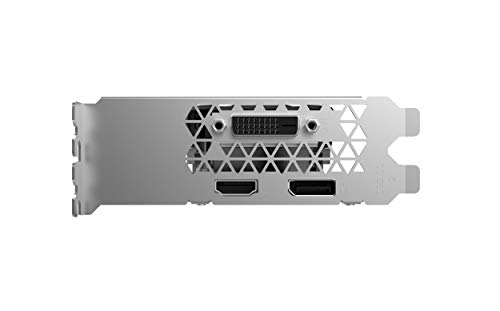 The GTX 1650’s major competitor is the Radeon RX 570, an AMD Polaris-based card better than it on almost all fronts.

A: The Zotac GTX 1650 Low Profile doesn’t deliver extreme frame rates that would make it a serious option for avid esports players (although it is certainly acceptable for casual gaming), and it’s barely enough for serious gaming at 1080p.

A: Since the GTX 1650 is a direct successor to the GTX 1050, it makes sense from a specification point of view to compare the GTX 1650 with its big brother. Aside from the apparent differences between Turing and Pascal, there are modest performance gains between the GTX 1650 and GTX 1050, including higher boost and base clocks, 1 GB more GDDR5 video memory, and almost 45 Gb/s more storage performance in a larger bus (128 bit).

A: Technically, the GTX 1650 Low Profile supports raytracing, thanks to Nvidia’s expansion of the previously exclusive RTX feature in early 2019.This graphics card does not have the RT cores that offer hardware acceleration for super raytracing calculations. We have already seen that only the GTX 1080 Ti really has the overall processing power to deliver a passable ray tracing experience even without those RT cores, so don’t expect to enjoy high-level ray tracing in games with this card.

You can switch it on to see what it looks like, but it will certainly not be playable no matter which game you choose. The advantage is that you can still use other Nvidia functions, such as the support of Reshade post-processing effects in Geforce Experience and the NULL improvement (Nvidia Ultra Low Latency) for competitive games.

The Zotac GTX 1650 Low Profile is generally an easy-to-use product. It doesn’t need a power connection as it is powered by the PCI-e slot. Simply install the driver, and you achieve a decent 1920 x 1080 performance for fast multimedia playback. While this is a dying breed with smart televisions, it’s actually a great HTPC graphics card. 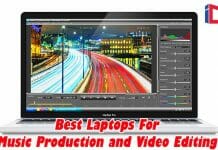