Networks Internet Protocol (IP) The History of the Internet

The History of the Internet 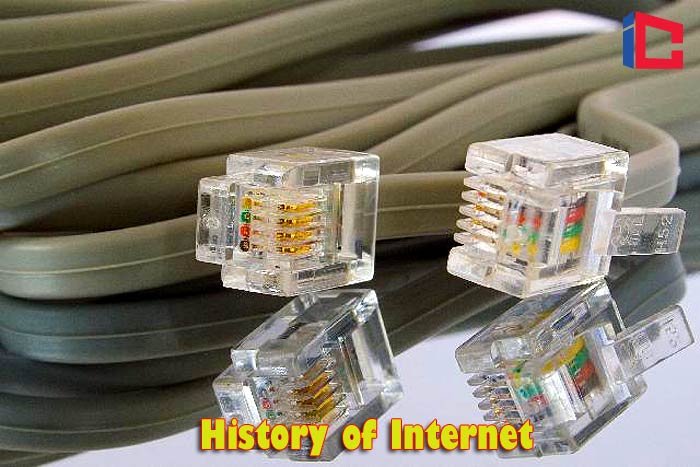 Al Gore has claimed that he invented the Internet, but let’s set the record straight.

1972 – the Advanced Research Projects Agency (ARPA) was renamed to The Defense Advanced Research Projects Agency (or DARPA). Development began on the protocol later be called TCP/IP; it was developed by a group headed by Vinton Cerf from Stanford and Bob Kahn from DARPA. This new protocol was to allow diverse computer networks to interconnect and communicate with each other.

1976 – The Department of Defense began to experiment with the TCP/IP protocol and soon decided to require it for use on ARPANET. That was the beginning of the Internet.

1980 – the TCP/IP data transmission protocol is adopted as the US Department of Defense’s (DoD) Official Network Standard. The development of Internet applications and protocols receives considerable support from the Federal government. The US Department of Defense has since used Internet technology to create its own network inaccessible to outsiders. They still preferred to buy their software from commercial suppliers and do collaborative research with universities linked to the ARPANET. The results were mostly made public, and they have been of considerable benefit in civilian use of the Internet.

1980’s – the Internet was still considered a temporary system designed for the research world. The ISO (International Standards Organization) proposed the competing OSI (Open Systems Interconnection) model. OSI was particularly backed by telecom organizations. They had built X.25 packet-switching networks, with monitoring and billing implemented to suit their own purposes. The Internet relied on routers owned by the users. The only thing bought from the telecom organizations was leased telecommunication links. From 1981 onwards, things developed increasingly rapidly.

1990s – the opening up of competition between telephone companies, along with the development of the World Wide Web, shifted the balance in favor of the Internet, and telephone companies have begun to take a positive interest in Internet connections.