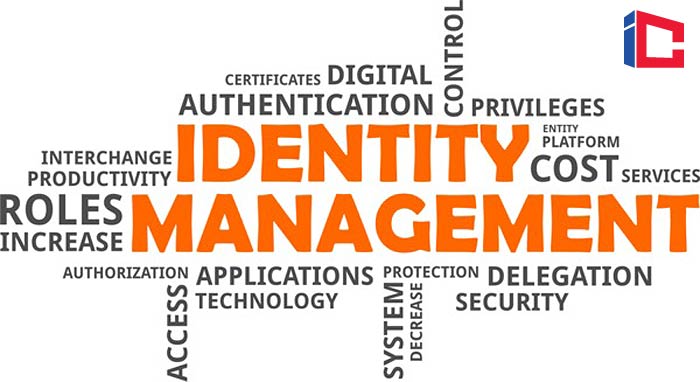 TACACS is an older remote authentication protocol that is used to communicate with an authentication server.TACACS is defined in RFC 1492: http://www.ietf.org/rfc/rfc1492.txt.

RADIUS became much more popular than TACACS. However, in response, Cicso developed TACACS+, which was a much-improved version, and has many advantages over RADIUS. Nevertheless, RADIUS is still the predominant authentication protocol.

RADIUS does not support the following protocols – but TACACS+ does:

RADIUS does not allow users to control which commands can be executed on a router and which cannot. Therefore, RADIUS is not as useful for router management or as flexible for terminal services.

RADIUS (all caps) is a user authentication protocol that runs on a Radius (upper & lower case) server.

How it Works – the Radius client sends authentication requests to the Radius server and receives responses from it.

Also, any user passwords are sent encryptedbetween the client and the RADIUS server to eliminate the possibility that someone snooping on an unsecured network could determine a user’s password.

An IVPN (Internet VPN) device is configured to point to two Radius servers for user authentication in the above diagram. 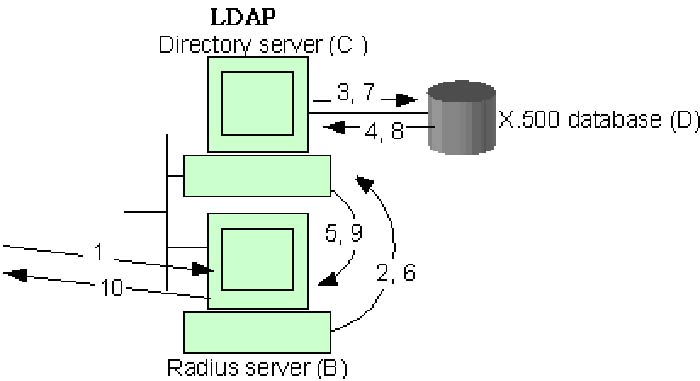 Referencing the diagram above – the Radius server, directory server, and X.500 database communicate in the following way (steps below match the steps shown in the diagram).

The Radius server compares the returned group name to a local file of group definitions. If there is a match, it returns a pass response to the IVPN device along with the proper class attribute, which is really just the user’s group name. If there is no group match, a pass response is returned with a default class attribute (NoGroup). (This will mean to use the default group. )

RADIUS Centralized Architecture – Network trends are to get away from centralized and go to distributed – NOT SO with RADIUS.

RADIUS and VPN’s – the most common use for RADIUS services is to provide authentication of users to a VPN device such as the Nortel Contivity 4700, which manages dialup access to a company’s network and network resources.

Note that the RADIUS Database of User info is often an X.500 database with LDAP access

You can think of LDAP as Lightweight X.500.LDAP is a directory that provides a structured format for storing information that will later be retrieved.

Kerberos is yet another authentication protocol that runs on servers.

Kerberos, like BSO, is freely available – open-source – from MIT.