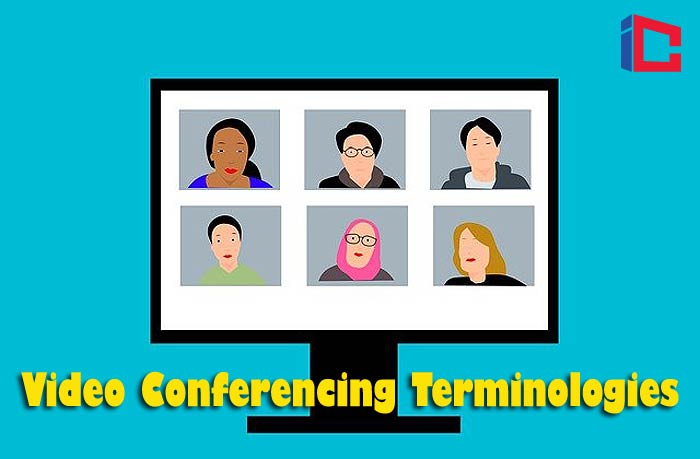 Algorithm – A set of specifications that define methods and procedures for transmitting audio, video, and data.

Analog Gateway – A means of connecting dissimilar codecs. The incoming digital signal from one type of codec is decoded by a similar codec and converted to analog. The Analog signal is then passed to the dissimilar codec, coded, and decoded at the far end. Analog gateways achieved interoperability in a nonstandard environment but have the disadvantages of degrading video and audio quality and often reducing functionality.

Basic Rate Interface (BRI) – An ISDN access or subscriber line, consisting of two 64Kbps B (“bearer“) channels and one 16Kbps D channel used for both data and signaling purposes.

CCITT – International Telephone and Telegraph Consultative Committee. Now known as ITU-T. An international body that sets worldwide telecommunications standards, such as the Px64 standard for videoconferencing.

Channel Service Unit (CSU) – A type of customer premise equipment that terminates a T1 access facility to a channel bank, PBX, or other equipment capable of supporting a T1 interface.

Codec – Coder-Decoder: a device that encodes an incoming analog signal into a digital signal for transmission to another codec. The digital signal is decoded into analog format. In videoconferencing, codec typically code and decode video and audio.

Compression – Reduction of the amount of information to accommodate cost-effective digital transmission to another codec. For example, sub-T1 video codecs compress analog signals (roughly equivalent to 90, 000 kilobits per Second) to digital rates varying from 56 to 1, 544 kilobits per Second.

Delay – Refers to the slight delay that sometimes occurs when transferring video, data, and audio signals.

Digital – Information contained in the form of 0s and 1s for transmission on digital media, including fiber, microwave, and satellite. Digital information may include video, audio, graphics, and data.

Digital Switch – A means of supporting multiway conferencing using the signals in their digital format without converting them to analog. Digital switches permit multiple users with similar codecs to conference generally with voice-activated switching.

Encryption – Alteration of transmitting information to protect it from unauthorized tapping.

Flash Memory – Memory that occupies little space and does not need continuous power to be retained.

Frames Per Second (fps) – Frequency with which video frames appear on a monitor. Broadcast-quality video generally consists of 30 frames per Second. Full-motion videoconferencing typically offers video in the range of 10 – 15 frames per Second. At very low bandwidths, such as 56 or 112 Kbps, the frame rate may be lower.

Full-Duplex Audio -Audio that allows local and remote conference participants to speak simultaneously without losing audio contact. Full-duplex audio may be provided in a point-to-point or multipoint conference.

Full-Motion – In the compressed video, the picture quality is generally acceptable to users, although not broadcast quality. Typically full-motion compressed video provides anywhere from 10 – 30 frames per second depending on the bandwidth allocated.

Graphics – transmission of still images, usually from a video source, but in some cases PC-generated.

Half-Duplex Audio – Audio that permits only one site to speak at a time.

H.221 – The ITU-T standard relating to a communications protocol for videoconferencing.

H.230 – The ITU-T standard that defines call control and indication.

In-band – Transmission taking place within allocated bandwidth. For example, a video call with 384Kbps may allocate 64 Kbps for audio, leaving 320Kbps for video.

Integrated Presentation System – Presentations such as those created in Microsoft® PowerPoint®, can be displayed and presented to the far site while simultaneously presented to remote users connected via the Internet/Intranet.

Interactive – Communication in which all participating sites have equal capability-interactive videoconferencing permits all sites to see and hear one another.

Inverse Multiplexer (Imux) – A device that creates a single higher-speed transmission by combining and synchronizing two or more channels.

Local Loop – The communications lines between the long-distance subscriber and the LEC switching center.

Loopback – A diagnostic test where a signal is transmitted over a communications link or network and then returned to the sending device. Loopbacks are used to make sure the video equipment is working correctly and as a way to demonstrate videoconferencing.

Multiplexer – A device that permits the subdivision of a given bandwidth. For example, a T1 Multiplexer may divide a T1 line (1, 544Kbps) into two capacities of 768Kbps each.

MPEG – Motion Pictures Experts Group: This is a standard for motion video.

Multiway – Communication between more than two sites. Multiway communication may occur through a digital switch or through an analog gateway.

Multipoint Control Unit – Device which allows more than two sites to be connected in a videoconference. Sometimes called a digital switch or video bridge.

Out of band – Transmission taking place external to allocated bandwidth. A video call with out-of-band audio requires a separate phone line for the audio.

Pixel – Picture element; a measure of resolution for video format.

POP – Point-of-Presence. The location or office where a line from an Inter-Exchange Carrier (IXC) connects to the local telephone company or directly to the user.

Px64 – The ITU-T’s international video standard which provides a standard algorithm for video compression and decompression. Formally known as H.261, it was adopted in December 1990.

QCIF – Quarter Common Intermediate Format. A video resolution of ¼ the size of FCIF – 176 pixels horizontally and 144 pixels vertically. It is used primarily in low bite rate (128Kbps and lower) videoconferencing.

Resolution – A measure of sharpness or clarity on a monitor.

RSVP – Resource Reservation Protocol. An emerging data network standard protocol is used to reserve bandwidth within packet networks. It is primarily used in data network routers to guarantee a fixed bandwidth through the router for a single or group of users using real-time data (like voice or video). All other traffic not assigned to the reservation (e-mail or Web access) is delivered by the router’s best effort (as it is today).

RS-232 – Connectivity from the codec permitting data inputs for transmission from.3 to 190.2 Kbps.

RS-449 – Transmission interface between the codec and the transmission link that typically connects to a t1 Multiplexer. A user RS-449 port may also be available for data transfer.

T1 – Commonly used transmission line for videoconferencing, with a capacity of 1, 544Kbps.

Videoconferencing – Communication across long distances with video and audio contact.

Voice Activated Switching – In multiway videoconferencing, used so that all participating sites automatically see the site which is currently speaking.

Voice-tracking – the camera automatically tracks the voice of the person speaking.

V.35 – Transmission interface between the codec and the transmission link that permits Switched 56 connectivity.

Web Server – A computer that delivers (serves up) Web pages.Every Web server has an IP address and possibly a domain name.For example, if you enter the URL http://www.sandybay.com/ in your browser, this sends a request to the server whose domain name is sandybay.com.The server then fetches the page named and sends it to your browser.

Web Browser – A software application used to locate and display Web pages. Three of the most popular browsers are Netscape Navigator, Microsoft Internet Explorer, and Spyglass Mosaic. All of these are graphical browsers, which means that they can display graphics as well as text. Besides, most modern browsers can present multimedia information, including sound and video.