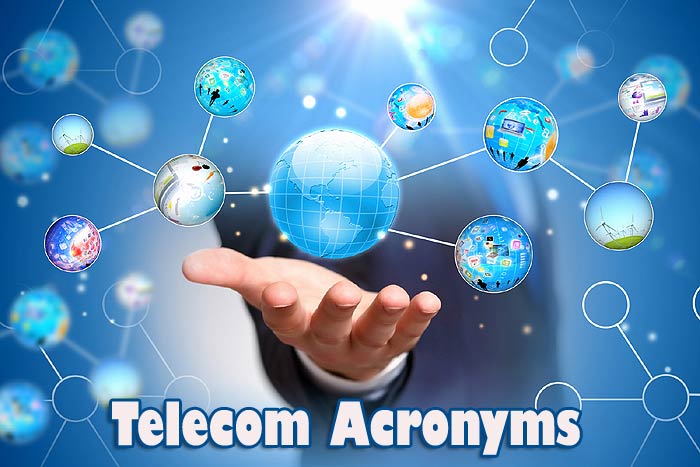 The lists in this page contain over 4,000 telecom acronyms. Use the table of contents below to search for a specific acronym sets.

Acronyms can condense information, creating compact, concise documents. They can also render documents unreadable if overused. Numerous acronyms lists are available in books, glossaries, on the Internet, etc. Some contain the expanded terms, while others contain definitions.

This list includes acronyms, expanded out (the words are shown, to the right of the Acronym letters). They are too lengthy to include definitions – but quite a few of them are defined in “Newton’s Telecom Dictionary“.

Proper use of Acronyms

In proposals, white papers, etc. – the primary consideration is the audience. To avoid confusion, the reader should know what the acronym stands for, and what it means. Commonly known, industry acronyms are frequently used in Proposals. They shorten and simplify the document. However, we cannot always assume that the audience knows the acronyms.

There are two ways of explaining an acronym:

It is best to include the expanded version the first time you use the acronym (unless the acronym is extremely common). In addition, if the acronym is important to the message you are trying to convey – then define it the first time that it occurs. If it is an acronym that is not crucial, then you can expand it within parenthesis, but leave the definition in a glossary in the appendix.

If the proposal will be read only by the Customer’s technical staff, then standard telecom acronyms need not be expanded. But if a proposal will be sent to a customer where both technical and non-technical personnel will read it – then expand the acronyms, the first time they are used.