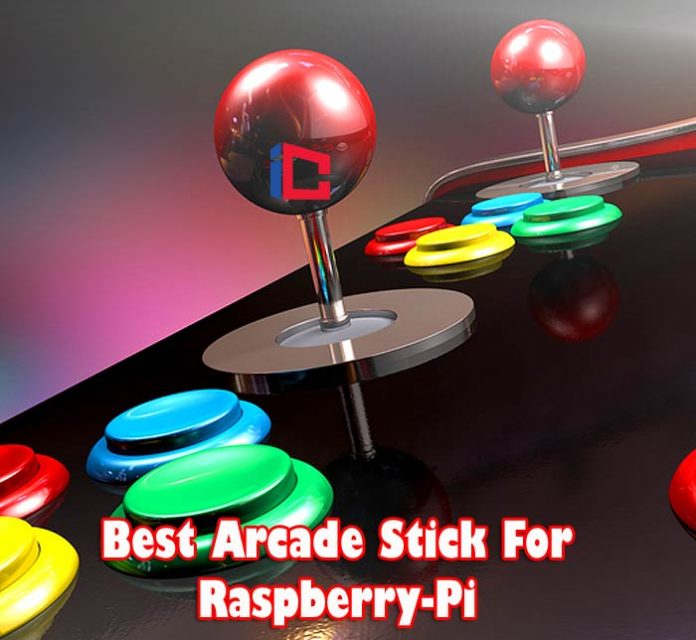 How to Choose the Right Arcade Stick for Raspberry Pi? 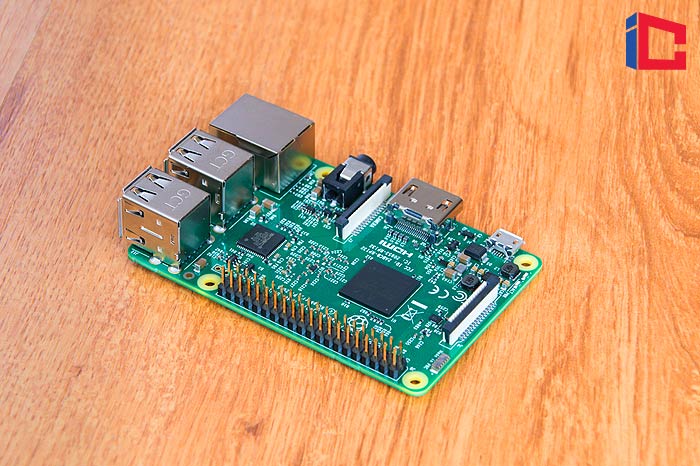 Not all arcade sticks and buttons are the same. Besides its overall quality, the movements of an arcade stick, the style of its top, and the shape of the buttons vary depending on the type and schools of thought of the game.

Because of these differences, you should know why the manufacturers designed it to behave as they do. Once this is done, you can achieve the original machine’s goals and your performance improvements. With all that in mind, let’s analyze the differences.

Two companies make the most popular styles of arcade stick and buttons: Sanwa and Happ. Also, they perfectly illustrate the differences between the Japanese (Sanwa) and American (Happ) styles. 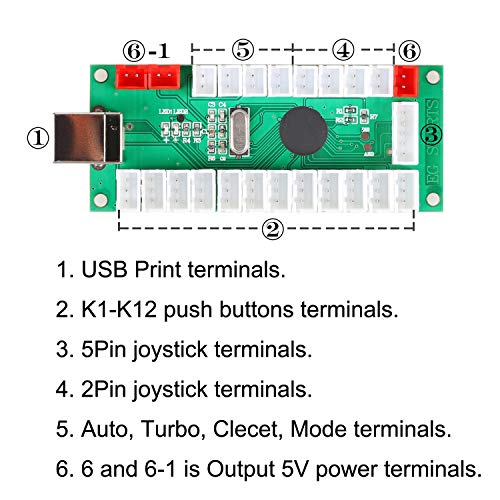 The tops of American arcade sticks tend to resemble a baseball bat, while Japanese bats tend to be more spherical.

C) LEDs for Your Buttons 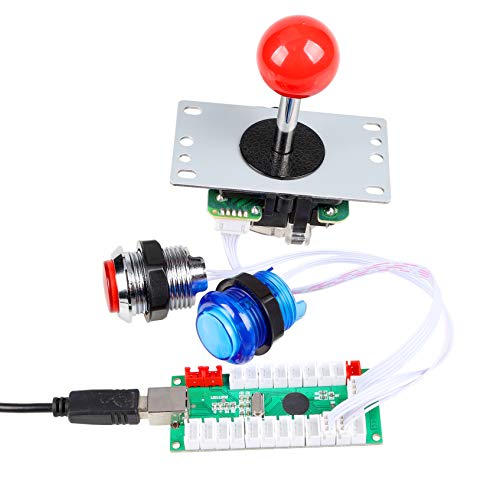 If you’re spending a little more, you can incorporate LEDs into your buttons. They look great, particularly in a low-lit room, but you will need to do some extra wiring to power them. 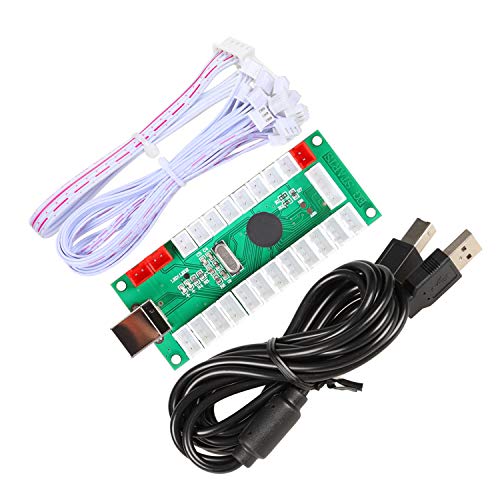 When buying a Sanwa-style joystick, you may also want to consider a restrictor gate. They alter the feel of a joystick movement to better adapt to different game types.

The EG Starts 4 Player Classic DIY Arcade Joystick Kit is the best arcade joystick for Raspberry Pi. It is an American-style kit that supports 4/8 directional control. You get 8 white and black buttons and 8 blue, green, yellow, red, and 4-player buttons. 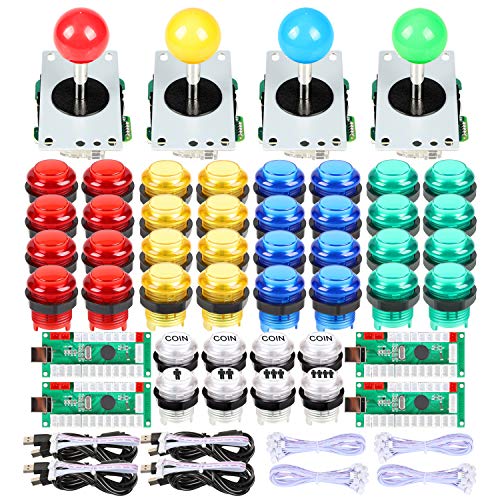 The EG Starts 4 Player Classic DIY Arcade Joystick Kit is an easy-to-assemble, sturdy, and fun project for everyone, from beginners to professionals. The materials are made from high temperature-resistant plastic parts, resulting in a highly reliable and durable kit. In addition, the joystick and buttons are designed to deliver the best arcade action at the lowest price.

These “Happ-like” controls contain everything you need for a 4-player setup: 4 joysticks, 8 white and black buttons, and 8 blue, red, green, yellow, and four-player buttons. 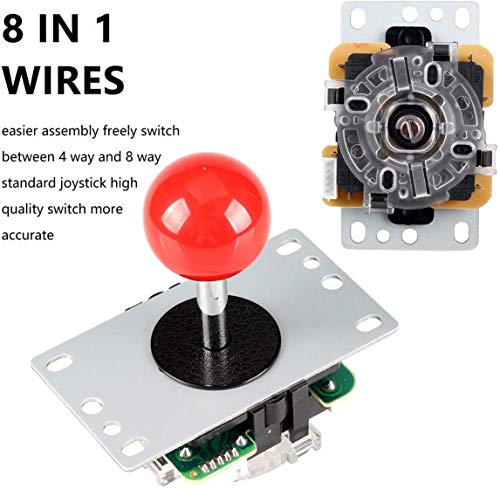 B) Ease of Use

Assembling the kit is simple and just needs a screwdriver; you do not require any soldering. 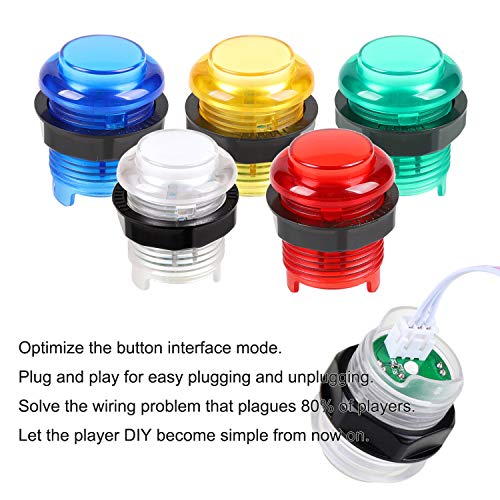 There are many arcade sticks for Raspberry Pi that you can find one that meets your preference.

Q: Can you make an arcade machine with Raspberry Pi?

A: Yes, you can make an arcade machine with Raspberry Pi. Here’s how to go about it.

What You Will Need?

For this build, you will need an RPi with a memory card, a Pimoroni Picade board, and a TFT screen with HDMI input, as well as a power supply and an HDMI cable. Also, get a panel mount joystick, which typically uses electrical buttons, microswitches, a USB power adapter with a micro-USB connector, and a USB-A to micro-USB cable. A 3.5mm audio jack and 4-ohm speakers are required for audio. A Wi-Fi dongle and a wireless keyboard come in handy for setting everything up once it is in your cabinet.

Power on your monitor and Raspberry Pi, then plug them with the HDMI cable. Next, install the software called RetroPie by following the instructions on GitHub. This will set up your Pi as a retro game emulator and allow you to put copies of video games or ROMs to play. The easiest way to add ROM is via a USB drive, as also described in this wiki.

Set Up the Cabinet and Controls

Q: How do I connect my Raspberry Pi to the arcade joystick?

A: You can connect your Raspberry Pi to the arcade joystick by following the steps below.

Q: How do I configure my Raspberry Pi 4 controller?

The Raspberry Pi line of SBC (single board computers) is well suited for emulating arcade games. You can play most of your favorite arcade, portable, and home console games, 16-bit generation or earlier with a Raspberry Pi.

Since the Raspberry Pi is so perfect for work, we see many console projects using it. But you still require the right joystick to really recreate that classic gaming experience. So EG Starts is taking an interesting approach with its arcade sticks, which connect the Raspberry Pi to an arcade stick.